As an autistic person…

I have always assumed that there was a sort of secret that everybody in the world new. Everybody except me. 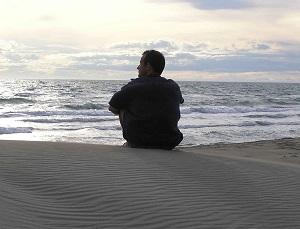 “I was alone on a planet filled with people playing by rules, that I did not understand”

I had always thought that everyone understood the social rules. There was hidden knowledge of how life works, that everyone shared, apart from me.

Before my autism diagnosis, I had no idea why this was. My long entrenched low self esteem, informed me that I was the only person on earth, that did not possess this secret knowledge.

I was left with only negative conclusions. I must be stupid, childish, different, abnormal. A truly unworthy person that lived on the outside of everything.

I was separate, isolated, On the rare occasion I found myself at the centre of things, my lack of confidence usually sabotaged my efforts to excel.

I always felt that I was not “grown up,” and everyone else was. Everybody I met knew what to say, and when to say it. They all seemed to understand what each other was talking about. They all got the jokes, and laughed at the punchlines, having remembered the start of the joke.

Observing their confident, knowing smiles, it was obvious they were all in on something. But what was it? What did they know that I did not, what was their big secret?

People spoke English, and I recognised the sound of their words, but all to often their words had little meaning. Being unable to judge another persons intent turned me into someone that was prone to be both highly defensive, and gullible.

Why were they like this, and why did they enjoy doing these things? I would much rather be alone.

Everyone, without exception, appeared to be a different species from me, and I had no idea what made anyone tick. People seemed strange, and I’d get strange feelings when observing them.

I was alone on a planet filled with people playing by rules that I did not understand.

I’d do my best to act “grown up” in social situations, and pretended to know what the big secret was. For short periods of time I could pull off a confident knowing smile, whilst making intelligent comments relating to what the other person was saying.

It was uncomfortable, and I could only keep the façade up for a few minutes, before my “grown up” mask gradually slipped away, and my fragile self confidence fell apart. At this point during a conversation, I’d make my getaway, before the other person discovered I was not “normal,” and definitely not worth spending any time talking to.

Since my diagnosis, I’ve made some notable discoveries. I have found a species of human that I relate to and feel completely comfortable with. Who are they? They are other autistic people. When I’m in their company, I generally understand the rules and I don’t have to pretend to be “normal.”

Most importantly, when I’m around other autistic people, I can be myself. I do not have to worry.

There is no “big secret.”