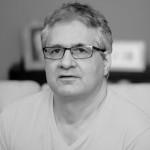 AUTISTIC! is the term offensive?

Should you call someone autistic? When I was diagnosed with High Functioning Autism in 2008, I was told that I was definitely autistic by the psychologist. I don’t know why, but the word autistic sounded like a throw back to the days when the word retarded was acceptable for people with a learning disability. In fact words such as retarded, abnormal and maladjusted were used to describe children like me many years ago, I remember it well!.

As someone with autism, I always feel embarrassed about describing myself as autistic. It sounds more of a disabling condition than having autism.

Perhaps it’s because autistic sounds a bit like, (sorry for any offence caused), the term spastic. In the UK we had The Spastic Society, now called SCOPE, the leading charity for people with Cerebral Palsy. So they have decided to go with a more politically correct name.

Then we have the UK’s, National Autistic Society. Should they change their name to The National Autism Society? Why do acceptable words become unacceptable and even offensive over time? Perhaps ten years from now, it will be offensive to say that someone has autism. We could instead describe ourselves as developmentally different. We would then be people with DD!

So what’s in a name? It just depends on what society deems to be the accepted terminology and politically correct language at any given time.

Are you offended when called autistic?

Thanks for reading- Steve